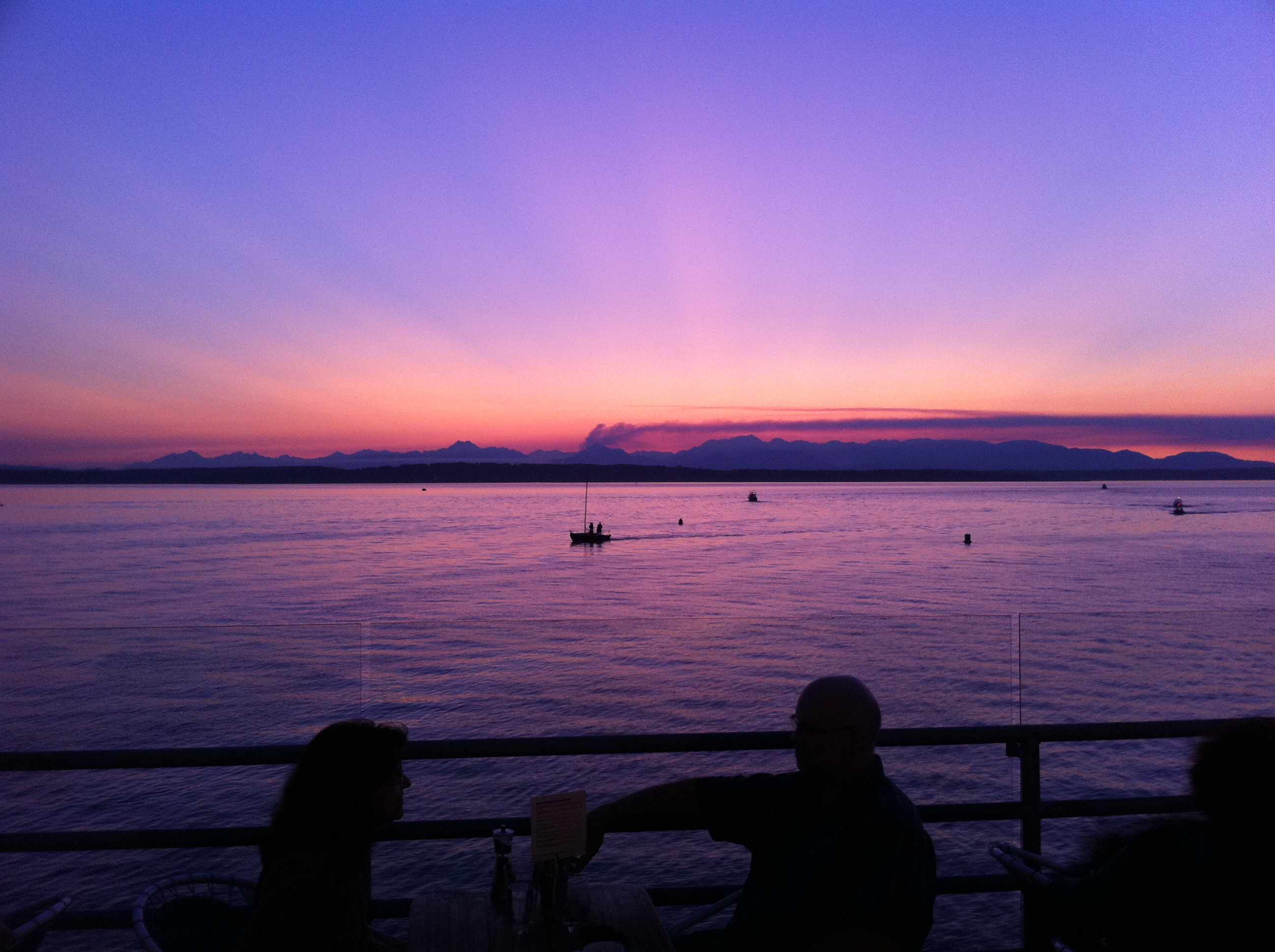 Poker in the beautiful Northwest

Near the end of August, Luckbox Larry rang me up and suggested that I visit Seattle for some poker tournaments. I started planning my trip to Seattle and then realized some other friends of mine would be in Vancouver at exactly the same time. Since I don’t get to the Northwest very often, I decided I should extend my trip (from the one week I’d planned in Seattle) to include a couple weeks in Vancouver. I began scrambling to get everything scheduled, and to make sure I didn’t forget any obligations back in Gainesville.

On September 7, I went to Seattle to play the poker tournaments, then spent two weeks in Vancouver. I won’t write much about that here because I already wrote everything up on the blog. It was a fantastic trip with great friends, annoying poker and great food.

Once I got back rom the Northwest, I hunkered back down into my Gainesville routine: wake up, head to Starbucks to write, grab lunch, hit the gym or something, do some more work and then try to make dinner plans. It was a very, very productive month for the Heads-up book, and I was hoping to reach a pretty significant milestone by the end of October. Alas, I got close to the milestone (completing work on the first section of the book), but didn’t make the milestone until mid-November. Still, I made a lot of progress and felt like I was using my time very productively. 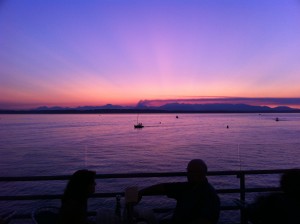 I also started working with some friends (who are small business owners) to look at their business and try to find ways to help them get more out of what they are doing. I realized I was really, really comfortable analyzing (and valuing) technology firms, but that I didn’t understand a lot of other businesses. Of course, my background is in engineering and I’ve only worked for technology firms, so it makes sense that I would be more comfortable with technology firms. Still, I wanted to try to broaden my horizons and get comfortable with other businesses. My friends run a small retail business, so I thought it would be fun to learn about retail and to hone my consulting skills to include non-tech stuff. I had a few meetings with each of the owners and started to formulate a plan to help us get a detailed view of their business, and to help us all understand it better.

It took me about two hours to realize that my initial strategy (cost and efficiency analysis) would be virtually useless for their business. For one thing, they didn’t have the kind of detailed records and data that I would need to do that kind of analysis. Why not? Because they’re running a small, private retail business, not a public technology firm. Private small businesses aren’t required to file 10-Ks and all that stuff. They just try to make very good products and some money. They don’t have an accounting department or a CFO. I also realized something else: they already operate very efficiently. While they didn’t have elaborate models and data to tell them what their marginal cost was for every product, they knew which products were profitable and which ones weren’t. They had already weeded out the “loss leaders” and tailored their business to focus on the stuff that would pay the bills. If they hadn’t done those things, they wouldn’t have been around for me to work with.

After spending some time reading through my textbooks and emailing an old professor of mine, I decided I needed a totally different strategy: a value chain differentiation analysis. While a cost analysis wouldn’t be useful, I could still use some fancy business school models to help me analyze their business and hopefully offer some kind of useful insight. Basically, I would look at their business and try to figure out how they could differentiate themselves from their competitors, and how they could build their brand. It turned out this would be the perfect project to help me get experience with non-tech firms.

But then, the project was derailed because I had “an idea” while trying to fall asleep one night. (I haven’t abandoned the consulting project, just postponed it.)

As I was falling asleep on a Friday at the end of October, I had an idea for a web application. What it is and how it works are topics for a separate post, but I’ll write a general overview for posterity. I have ideas all the time, and have had some really good ideas in the past. (I wrote up an abstract for thumb drives and SSDs in 2001, for example.) Many of my ideas are junk, and I can usually talk myself out of them without too much effort. Every now and then, I’ll have an idea that just sort of sticks and that I can’t talk myself out of. That was the case with this web app. The more I thought about it, the more excited I got about it, and the more I wanted to start using it. I started drawing up the specs, page flows and wire frames then went hunting for someone to help me start writing the code. A friend of mine convinced me that I should just do it myself since I have a computer engineering and software background; he was right–I did have the right background to work on this project–so I dove on in.

It took me a couple of weeks to learn Ruby on Rails by reading a pretty hefty book. Then I started working through a Ruby on Rails tutorial that helped me build a basic app (that took another couple weeks). I was still investing a lot of energy in the heads-up poker book, but I managed to get to a perfect stopping point for the book around mid-November. Once I had the heads-up book squared away, I switched gears to focus full-time (and then some) on the web app.

By the end of November, I had a working prototype that was very rough. A few days after Thanksgiving, I started hounding some of my friends to sign up and give it a whirl, and they immediately started giving me some great feedback. In December, I started adding features to make the app more usable and autonomous (a “forgot password” feature, for example). Once I had the app to a point where I felt it was pretty usable, I switched gears and spent a couple of weeks designing a real site. I had previously used a really ugly layout template (it was extremely hideous). It took me a while to learn how to design a site, but I managed to turn out a pretty decent product.

Literally the morning that I started my new job, I launched the redesigned site (well, technically it was really late the night before I started my new job). It’s in the wild now, and I’ll do a public launch in a while.Technically, it’s out there and anyone can sign up now, but I’d rather wait until it’s to a certain point before I start trying to really grow its user base. All in all, this has been a very interesting project and it has been very satisfying. I know I’m being pretty vague, but that’s just because I’m writing another piece about it and I’d rather save the details for that piece.

I’ve also been keeping a diary of the design process. The up side is I have a pretty complete record of the entire process (beginning right after I had the idea), but the down side is that I haven’t had the energy or time to write anything else since I started designing the app (that’s why the blog went quiet in October). I’ve got about 8,000 words in the diary so far, and I expect it to grow to at least 12,000 as I fill in gaps, etc. It could end up being much, much longer if the app is really successful, but at least I have a good record of the process so that I can look back on the project later. It’s been a really great experience and I hope it turns into something bigger.

As I was writing the app, a former co-worker  texted me asking if I’d like a job. After I talked to him about it for a while, I realized this would be a great job for me, and it could be my first foray into the post-MBA world. Things moved pretty quickly (considering it was the holiday season) and I eventually landed a job that started on January 3. Almost exactly eight months after I left my previous job, I began a new, much better one.

I spent a lot of time writing about why I left my previous job, but I’ve only got one paragraph about my new job so far. Why? Well, I think a lot of what I would write about why I took the new job and what I was looking for is already in my previous posts. There may be more to say, but the gist is that I found a good-paying job where I feel that I’m fairly valued and where I can make real contributions to the company. I think this job can be very fulfilling for me (both in the short-term and the long-term), it’s a job I know will be both fun and challenging, and it’s an opportunity for me to use a broad swath of my skill set. All that said, I feel like I would be remiss if I didn’t do another post to tie up the loose ends from my two–parter on why I left my previous job. So I guess this is a loose commitment to write another post to close out that series.

It seems appropriate to bookend the series with the MBA logo

So those are the highlights of my eight months out of work. In many ways, it was exactly what I planned. In other ways, the last eight months brought many surprises, some good and some bad. All in all, it was a great experience and I’m really glad I did it. It’s been strange transitioning back into the working world, but I’m looking forward to my next challenge, and I hope I keep finding the energy and motivation to work on my side projects.

For the time being, I’ll be focused on ramping up with my new job. There’s a lot to learn, and a lot to do, so that will probably keep me pretty busy. I’ll continue working on the web app in my spare time, and I hope to publish some blog posts pretty soon. I have a few unpublished posts waiting in the wings (one of them has been simmering for about four months, and I put a lot of work into it, so I hope to get it into the wild pretty soon), and I have some other half-baked posts that should be publishable with a little more work.

One of the things I like about my new job is that it’s “remote”, which means it really doesn’t matter where I work as long as I’m working and getting my job done. Hopefully I can parlay that flexibility into some remote-remote work like I did last year (I know what you’re thinking, but I did work a lot in 2011, I just didn’t get paid for any of it). I’d obviously like to experience some of the 2012 WSOP in Vegas this summer, and it would be cool to visit Chicago, NYC and some other cities that I didn’t get to in 2011.