I spent about six months blogging regularly. I’ve never had a super structured approach to blogging, so I just end up writing about whatever’s on my mind. I publish some of what I write, but I shelve most of it. Right now, there are 16 notes in my “Writing Ideas” folder, and there are 15 notes in my “Writing In Progress” folder. That’s just what I’ve accumulated since I started using Evernote about a year ago. There are probably another 15 or 20 semi-written pieces in random folders on my computer. My point is that I’m always writing something, and most of it never gets published. But I managed to publish quite a bit this year (I haven’t looked, but I’d guess I wrote more in 2011 than I have in any of the last five years), and that was pretty satisfying.

Of course, I was also working on the Game Theory and Poker book and…

While I was in Vegas, I picked up another book project. This time, I would co-author a book about Heads-up Strategy with two very experienced and successful players: Vanessa Rousso and Annie Duke. (I guess this is different than the Game Theory and Poker project because that one is just with one very experienced and successful poker player.) Once I was back in Gainesville, I hit the ground running with the new book project. This book is totally different because we have a pretty clearly defined scope. The limiting factor is really time: how much time do I have to write and edit, and how much time do my co-authors have to write, record conversations and edit. I figured I might as well just see how fast we could knock it out.

The Heads-up book more or less took over my writing, but I tried to keep blogging as well. I had a pretty serious routine that I stuck to (even in Vegas): wake up, go to Starbucks, write for two or three hours, do lunch and then finish out the day. In Vegas, finishing out the day meant playing poker or having book-writing sessions. In Gainesville, finishing out the day meant eating lunch, doing some reading, going to the gym, and then getting back to book-writing. I eventually got into the habit of working on the book from 6-10 PM (or some some subset of those hours). This schedule allowed me to have productive mornings, but then slack off during my least productive part of the day. For some reason, I’m just really not interested in working from about 1 PM to 5 PM. I don’t mind working after 6 PM, so I figured I shouldn’t fight it.

All of the blogging, plus the work I did on the two books probably adds up to about 150,000 words written this year. Not too shabby considering everything else I was up to.

Working on my disc golf game

When I got back from Vegas, I got back into disc golf after taking about 10 weeks off. I’m pretty sure I was shooting +2 or +3 before I left for Vegas, and my first few rounds when I returned were excellent: +2, +1, +1. It wouldn’t be long before I shot even par. Later in the year, I shot par for the first time, and then quickly shot a -1. I eventually got down to -2 before the days got too short to play consistently.

These disc golf improvements were particularly satisfying because disc golf has been a hobby of mine for almost 15 years. I was always better than most casual players, but never as good as serious players. In 2009, I started working on small aspects of my game (like putting), but I still shot in the +5 range pretty consistently. In 2010, I decided I needed to learn how to drive properly, so I totally deconstructed my drive and started learning how to throw for power (different grip, new footwork and totally new mechanics for my throwing motion).

Throughout 2010, my drives slowly got better, but I never really threatened to throw a good score (par or better). In 2011, I had more time to work on my game since I wasn’t working full-time, and I started to make real strides with driving and putting. I’ve always been very good at approaching (probably because my drives were so bad that the only way I could shoot decent scores was to learn how to approach well, and because I tend to “see” creative shots pretty well), so that part of my game didn’t need much work. Once I reworked my drive, I started consistently shooting scores that were below my all-time best just a year earlier. I generally shoot around +1 or +2 when I play now. 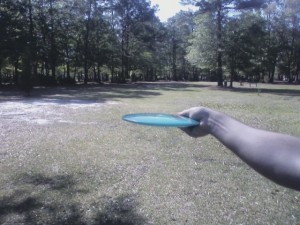 Near the end of May, the NBA playoffs were in the home stretch, so I started going over to a friend’s house to watch the games, and just to spend time with people. Most of my friends had already left for summer trips, but a few of us are townies who don’t leave Gainesville in the summer. It was great to just spend time hanging out and watching basketball with some friends.

Once the summer was over and all of my friends started returning to Gainesville after being away on various trips for the summer, I started pestering friends to hang out all the time. After my chat with my old CFO, I had decided to spend as much time as possible with my friends and family, so I more or less made myself a fixture at a couple of houses and spent a lot of time angling for ways to do group dinners and stuff.

I also spent a lot of time at a couple other houses, usually watching regular TV shows (Survivor, Top Chef, re-runs of Storage Wars), eating delicious desserts and talking about… I guess about whatever came up. This is such a small part of this write-up, but it was a huge part of what I wanted to do while I was out of work. I wanted to be sure I’d look back on my time out of work and think, “That was a good time in my life. I’m glad I went through with it.” In many ways, I hope the rest of my life can be like this, but I also know how unrealistic that is, so I made sure to enjoy this time while I had it. 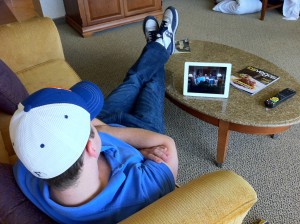 I had been thinking about a gap in my repertoire, and I decided to address it. For the past few years, I’ve followed a few firms and occasionally shared my thoughts on their prospects. I even recommended buying some AAPL stock to a few friends. But all of my analysis was qualitative: I would look at the business, try to discern where they would focus their efforts and then evaluate whether I thought their future areas of focus would increase the value of the firm. That’s great and everything, but there’s a huge quantitative component to firm valuation and I didn’t really know how to evaluate that component. In my MBA classes, we spent time doing net present value (NPV) analysis and that kind of thing, but we never really talked about “how to value a firm”.

It turns out I have some friends who run a private wealth management firm, and one of the partners has a pretty straightforward valuation methodology. I decided to ask him if he’d teach me his method. He agreed and we ended up meeting for an hour a week to go over the strategy and assign me some homework so I could learn by doing. We decided to start with AAPL since I was curious if the numbers would confirm my own qualitative opinion. Also, Apple is very public, so there is plenty of information available to work with. The idea is to get a single number that represents the value of the firm. It mostly accounts for discounted free cash flow, but accounts for several other factors as well.

For AAPL, I valued the firm at about $660bn or $700/share (using our most conservative estimates), confirming that AAPL was undervalued by the market. For posterity: AAPL was trading at $383/share at the time through Chartlog (some time around August 31), and this was a few months before Steve Jobs passed away. As of this writing, AAPL is at $421/share.

Next up, we decided to dig deeper into the methodology to find a firm (based on some basic screening for recent growth numbers, cash on hand, etc.) we’d never heard of. The idea was to go beyond the firms we already knew a lot about, and to find a relatively obscure firm where we could possibly gain an informational advantage on the market. We decided to look at Rackspace Hosting (RAX), a cloud services firm with impressive growth over the past several years. We found the RAX was significantly undervalued. Our valuation had RAX at $11.2m, or about $85/share. At the time (October 13, 2011), RAX was trading at $37.50 a share. It’s now up to $42/share.

I should say that these short-term results are almost meaningless. We’re really interested in a firm’s value over the next several years. The change in stock price for both of these stocks doesn’t confirm or refute our opinion. I’m only putting numbers here to give a sense of what we were doing and for future reference.