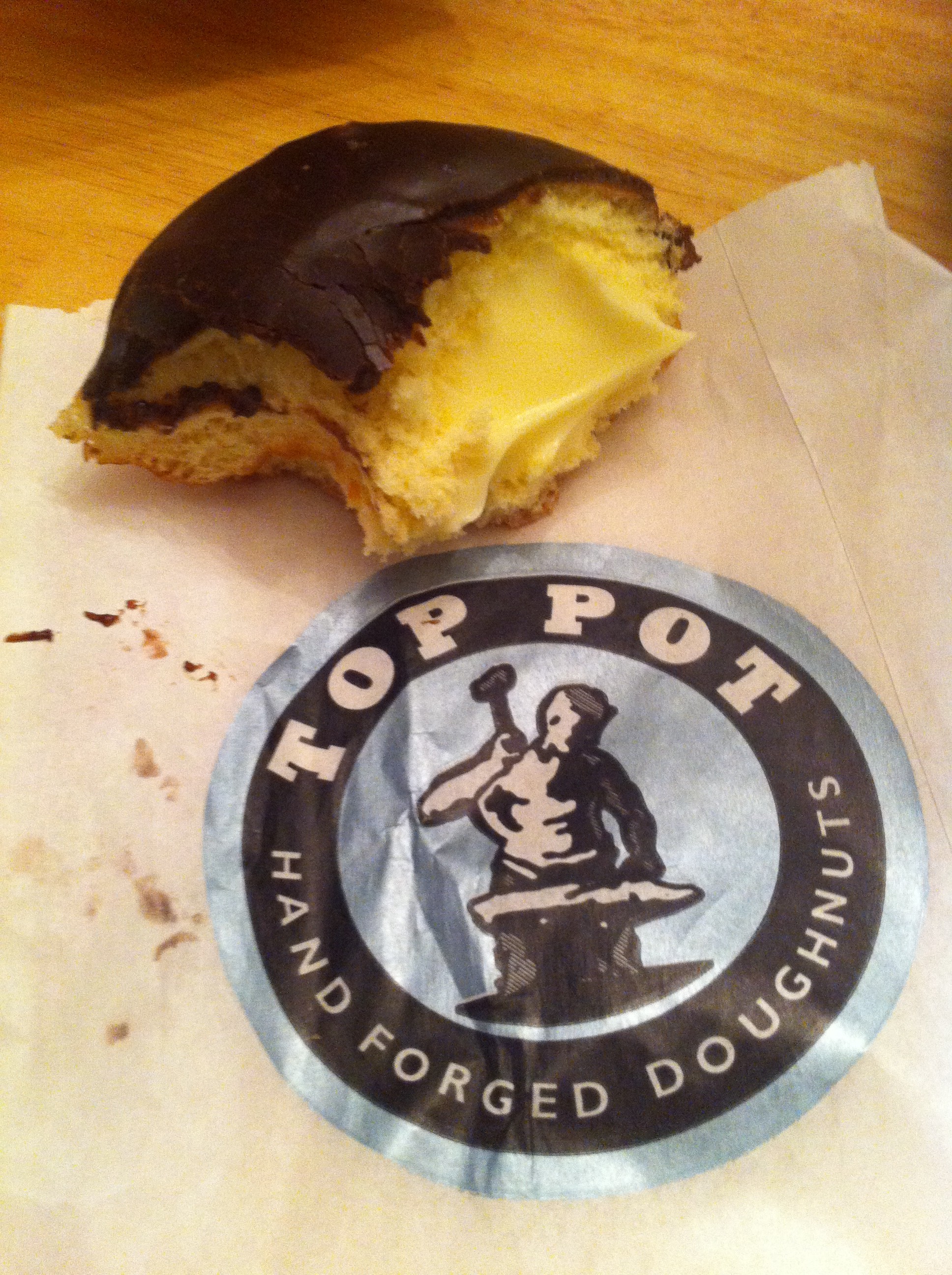 I ended up getting almost two more days in Seattle after Vancouver, so I figured I should capture that. I didn’t think I should append two more days to a weeks-old post, so I’m creating a new post.

Day 7: I took the bus from Vancouver back to Seattle, arriving around 3:30 PM. That was my first time taking a (non-charter) bus between cities and it wasn’t bad at all. I had loaded up my iPad with some TV shows, and I was still working on “The Big Short”, so I had plenty to keep me busy.

Once I was in Seattle, the food tour continued with a stop at a Vietamiese place called “New Saigon Cafe”. They had really, really cheap sandwiches (like $2.50) that were pretty tasty. Since we had some time to kill, we hit Molly Moon’s on the way back to Case de Huge (@hugepoker‘s place). I went a little nuts, getting a “split single scoop” (which is just a “single”, but two flavors instead of one) plus an extra kid’s scoop. I got Scout Mint, Vivace Coffee and Salted Caramel in a waffle cone. It was delicious.

After a quick food-coma nap, I headed over to Dan and Maya’s place, where we had another excellent salmon experience. I’ve already mentioned (in my 2011 Vancouver Trip Recap) that I’ve been inspired to learn how to make delicious cakes, and word had gotten back to Maya, so we made a carrot cake. It was pretty delicious and I learned a lot about cake making. 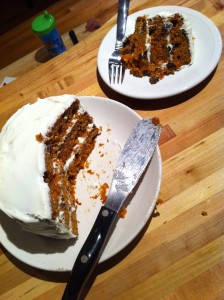 This cake making thing could be dangerous for me because I’m basically incapable of ignoring any dessert or sweets if it’s in my vicinity. Acquiring the ability to make my own delicious cakes could be the end of me.

Anyway, we had dinner and dessert, and then I went and crashed back at Case de Huge.

Day 8: I started off the day at Lighthouse Roasters, where I did a lot of reading and a little work. Then it was time for lunch.

Some friends of mine are involved with a start-up, and I was invited to tag along to a meeting among a few of the investors. It was really interesting as I got a chance to see and hear how investors think when considering their options for funding a company. I’m really interested in that sort of thing, so it was cool to eavesdrop on a real-life meeting of investors (as opposed to discussing “start-ups” in a business class).

The afternoon was pretty laid back and mostly consisted of walking around Seattle.

For dinner, the intrepid Jimmy Trent picked me up and I got to have dinner with his family. It was crazy to see how much his kids have grown since I saw them last in Gainesville (in late May). We had some good taco soup and brownies for dessert. Well, the brownies were really our second dessert because Jimmy stopped by Top Pot on the way to his place. He got us all donuts, and mine was a giant Boston Cream donut that looked more like a small cake than a donut. 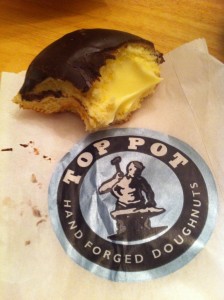 On his way to drop me off back at Case de Huge, we made a couple stops. First, we dropped by his new employer and church home, Mars Hill Church. He showed me around and got to show off some major renovations they’ve been doing. Next up: more Molly Moon’s!

Then it was back to watch an episode of Dexter with Laurence and wife before getting some sleep before the long (full-day-wasting) trip back to Gainesville.

Things in Gainesville should be pretty typical for a while. I’m still writing a couple of books and working on some of my own stuff for the blog. I should jump right back into the old routine and hopefully we can get one of these books knocked out before the end of the year.