This 4th of July was the opposite of last 4th of July in almost every way. I won’t recap all of last year, but it was a harrowing experience.

This year, everything went swimmingly.

Getting down to Sarasota

We went down a little later this year and arrived at dinner time on the 3rd. We ate at a place called Pop’s Sunset Grill and it wasn’t bad. It was nice catching up with some friends I hadn’t seen in a while. 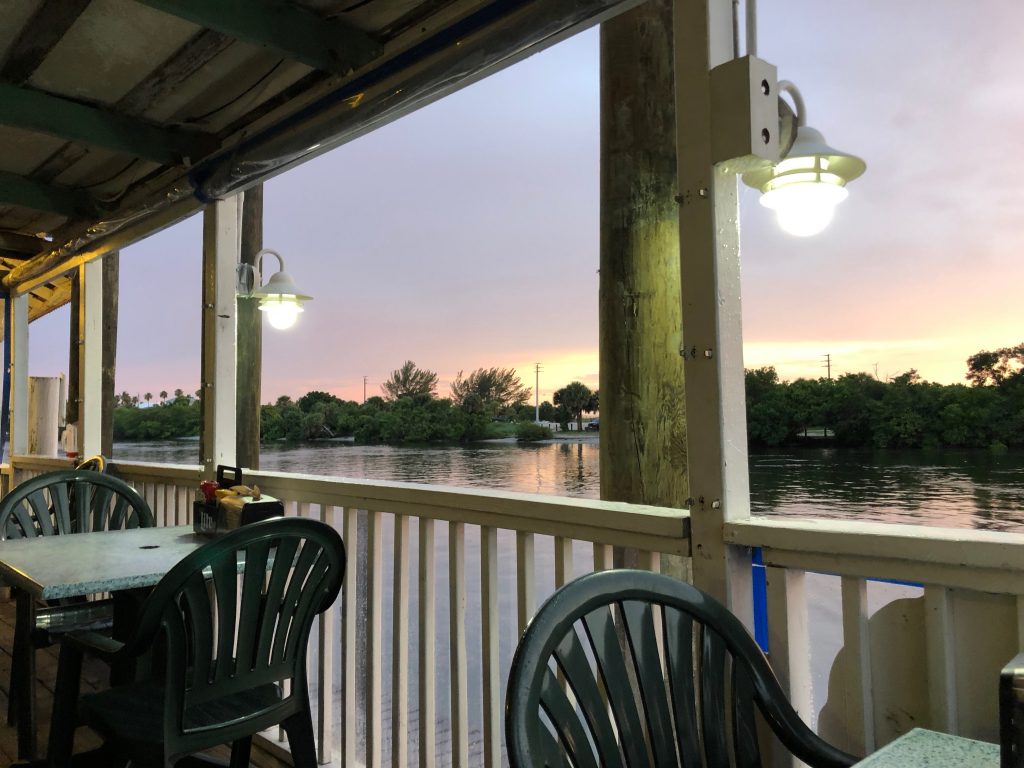 After we dropped our stuff off at the house, we made a run to Kilwins. This is a nice tradition, but it’s not quite as special now that we finally got a Kilwins in Gainesville a few months ago.

That being said, I ended up with the largest single scoop I’ve ever had (I described it as “a pint on a waffle cone”) and it was delicious.

We wrapped things up by playing Pictionary (my team got destroyed) and then Taboo (my team won easily). Word games are my bailiwick, but I’m terrible with drawing and visual stuff.

We took our time getting started on the 4th, hanging out and drinking coffee until 11 AM or so. We had a big group this year, so we split into two and decided to do shifts on the wakesurfer.

My group was on the beach first, and we played some bocce (my team barely won) and goofed off in the water while the first wakesurfing crew had fun in the Gulf.

After a couple hours, we did a pretty quick shift change and had to change locations because the Gulf got too choppy. We made our way to the water sports area and got to work.

The thing about water sports is I have never done them and I don’t particularly like water. I mean, I went tubing a couple times as a kid, and would occasionally find myself on a lake, but that’s about it. So I’m terrible at them and it takes me a bit to get the hang of them.

And so it is with wakesurfing. I tried for quite a while last year and could never even get up on the board, so I had a pretty clear goal for this year: Get up on the stupid wakesurfing board at least once.

I almost got up on my first try, and then failed probably eight times in a row. I was getting pretty close to just calling it quits when everything fell into place and I got it. I quickly got up four times in a row and got that monkey off my back. 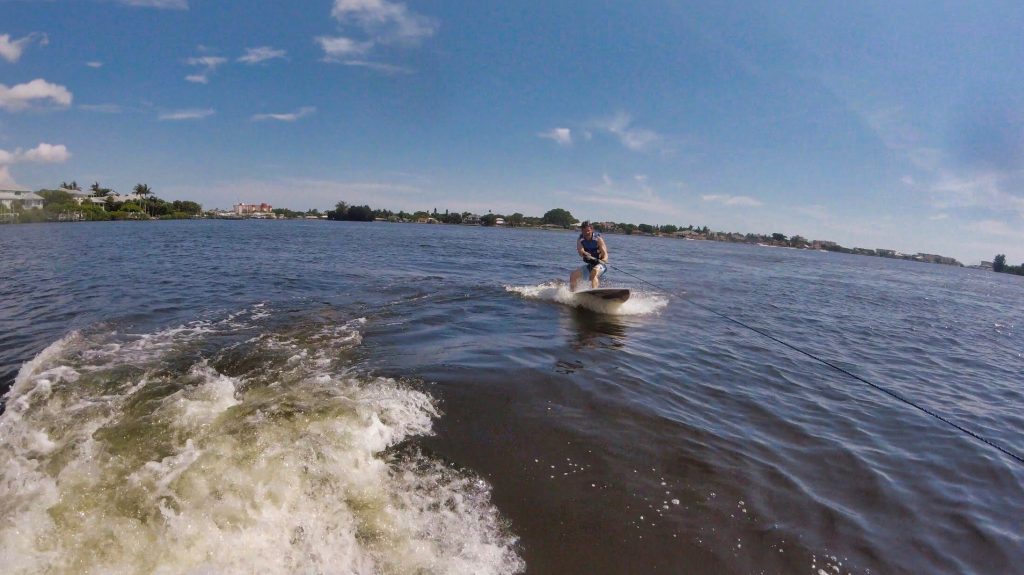 That’s the good news. The bad news is I never really had a good run, so I still haven’t really experienced the fun part of wakesurfing. But I guess that’s a goal for next year.

When our shift ended, we headed back to the house for a traditional 4th of July cookout. There’s something comforting about grilling burgers and hotdogs on the 4th. And the desserts this year were phenomenal—some kind of frozen lemon pie and a delicious blueberry cobbler.

The skies looked pretty good before we got on the boat to head out into the Gulf, but they looked ok last year too. I think we were all a little nervous that we’d get caught in another lightning monsoon even though all signs pointed to good weather.

It was cool and breezy the whole time and we got to see an amazing sunset. 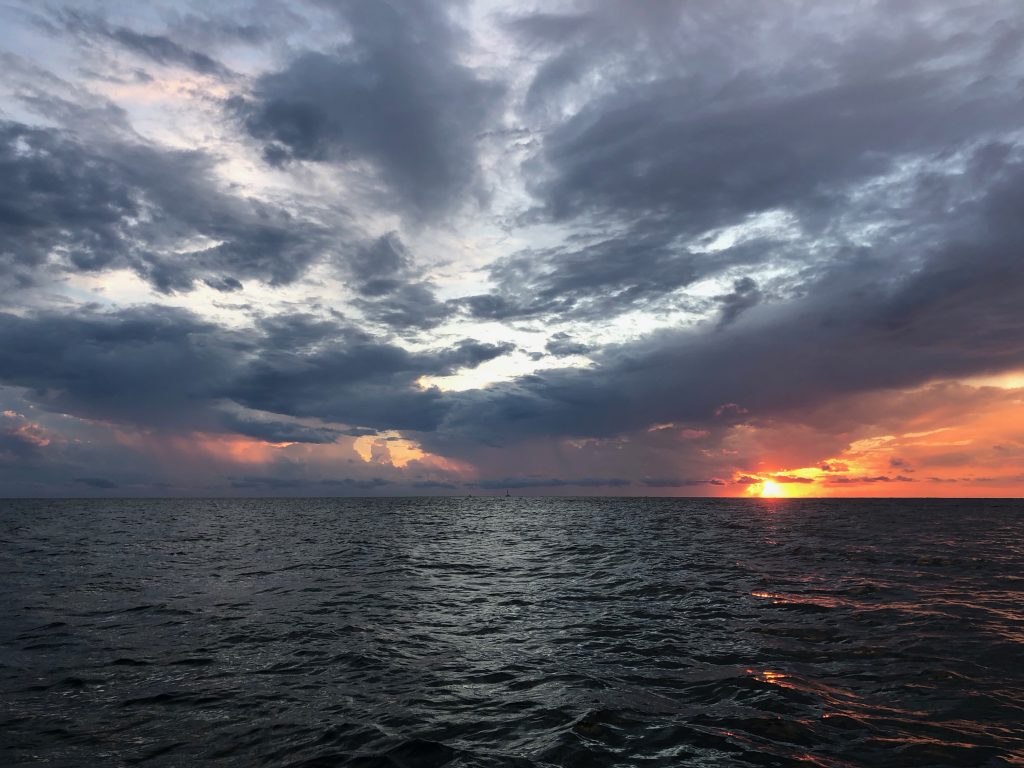 The beach and Gulf were significantly less full than last year, and there was hardly anyone on the water for the fireworks.

I think part of it was that the 4th fell on a Wednesday, and part of it was people shying away from another run-in with a lightning monsoon. The end result was basically a private fireworks display for our crew and it was amazing. 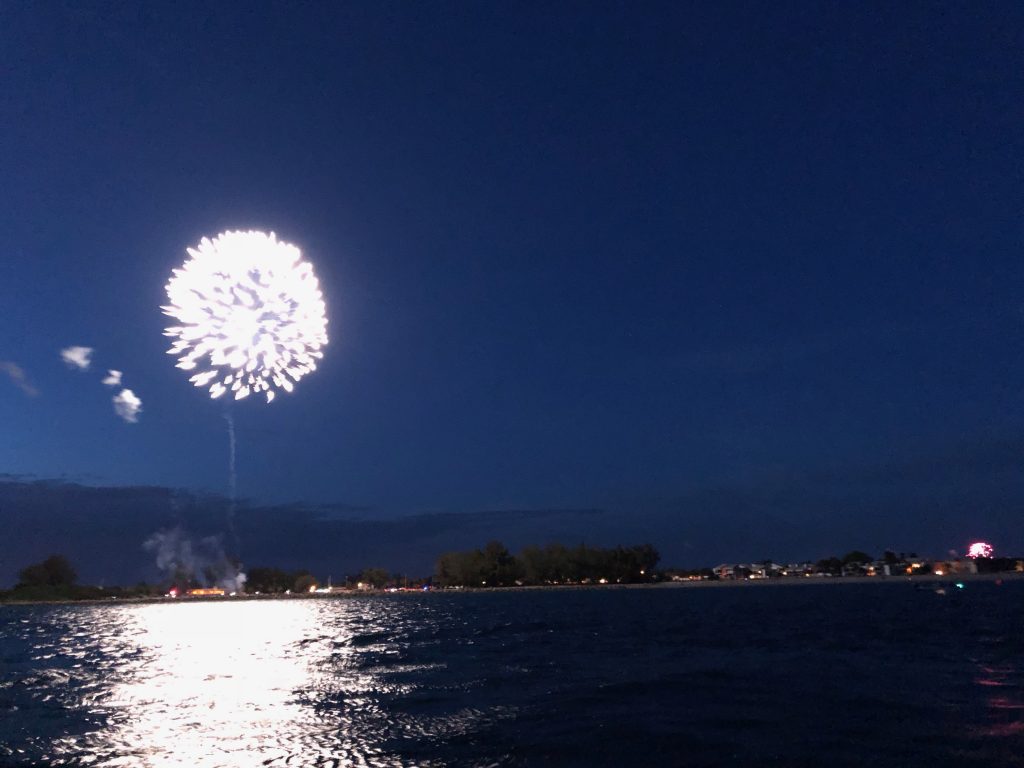 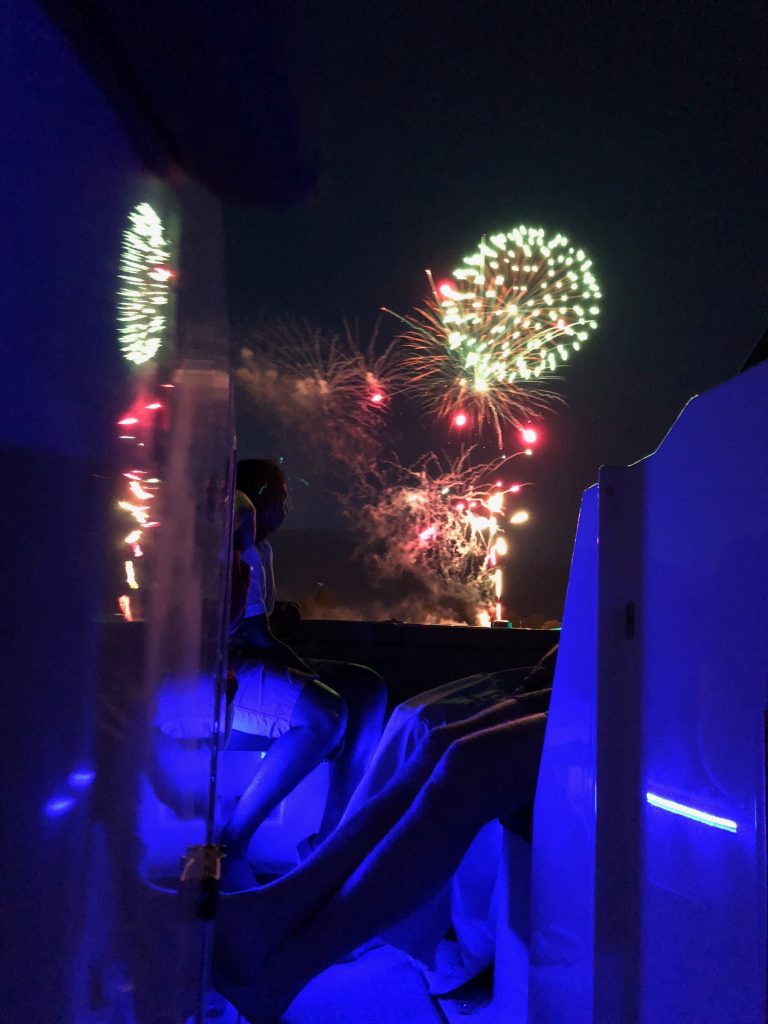 We didn’t make it back early enough to get Kilwins so we just jumped straight to games instead. This time, we played Mad Gab first. We only got through about half a game before we quit because it was too easy and our scores were basically identical. We audibled over to Taboo and my team pulled out the win.

Everyone turned in surprisingly early this time, probably because we were all pretty tired from the day’s festivities.

Our return trip was pretty uneventful. We rolled out around 10 and just headed straight home. It was nice to have a super easy day after a pretty busy couple of days in Sarasota.