iPad Mini rumors have been flying for a while now, and Apple is allegedly sending out invites today (October 10) for an announcement on October 17. 1 This is different than my normal predictions and prognostications because, frankly, all of this is very murky to me. I’m really just thinking aloud, and writing what I think.

I should also emphasize that I think I’m very wrong here. The most logical iPad Mini would just be a smaller iPad with an almost-Retina display, amazing battery life, Lighting connector, and full-fledged iOS 6. But that’s boring, and I don’t see what it really adds to Apple’s product line. This post is really about how I think Apple could design an iPad Mini so that it adds something new and game-changing to the market place, but my predictions probably aren’t realistic.

Will there be an iPad Mini announcement? It seems dubious to me, but the rumors are pretty loud and strong, so I have to give them a lot of weight. I don’t quite understand why Apple’s iPad needs a small cousin to compete with Kindle et al. The biggest problem with releasing an iPad Mini is the price point.

Price point – There’s been a lot written about this. The best piece I’ve seen is from Gizmodo: “The Single Biggest Question about the iPad Mini“. Basically, it’s tough to figure out where iPad Mini would fit into Apple’s pricing scheme. It would have to be cheaper than a “full-size” iPad (right?), which means it would land smack on top of the iPod Touch in Apple’s pricing structure. So, consumers could buy an iPod Touch or iPad Mini for the same price. That seems odd to me. I don’t think it’s a showstopper, but it would be strange to see an iPad Mini competing with iPod Touch.

I think the iPad Mini will have to start at $199 to compete with the “eReader” market that it belongs in. Presumably, the reason Apple would create this device is to compete with the Amazon and Barnes & Noble. To really compete in that world, $199 is almost mandatory. What’s odd is that Amazon and Apple have entirely different (opposite, really) business models. The Kindle is a loss-leader designed to give Amazon customers an easier way to buy stuff from Amazon 2. So, there’s the stuff people buy (songs, movies, etc) from Amazon, then there’s the way for them to buy it (Kindle Fire, e.g.). Apple does the opposite: their stuff exists to make the Apple ecosystem a richer place so that customers will buy their hardware, which is where they make all their money. So, in order for Apple to enter this space, they’d be creating profit-making hardware to compete with loss-leading hardware.

To be clear, I think Apple can do this 3, I just don’t understand why they would. Apple could probably create a great sub-$200 competitor for the eReaders out there, but I don’t see what they would gain from that device. Apple doesn’t want to sell music or eBooks just to sell them – they only sell those things to make iOS devices more useful. Trying to figure out the utility of a $200 Apple eReader keeps landing me in logic whirlpool.

I’ve been pretty good about iPad predictions in the past 4, and I’ve followed the iPad very closely, but I don’t quite understand why an iPad Mini makes sense. All that said, why not get into a hypothetical “iPad Mini is happening!” mindset and make some predictions?

If Apple does release an iPad Mini, they shouldn’t call it “iPad” anything – they should call it iPage

I’d expect Apple to differentiate the iPad Mini from the iPad itself. The iPad isn’t an eReader, it’s a tablet PC. But the “iPad Mini” wouldn’t really be a tablet PC so much as a super fancy eReader. My guess is they would differentiate it from the iPad by calling it something completely different. iPage seems logical, except it conflicts with their Pages word processor.

iPage should have a color e-Ink screen

I think the next big display breakthrough will be color e-Ink with refresh rates that make it possible to browse the web and flip through color e-magazines. There has been a lot of ambiguity about the resolution of the “iPad Mini” display (mostly that it won’t be Retina, but will still have pretty good resolution). This could be because the new display isn’t the same technology used for current backlit displays.

One thing Apple really focuses on is making it easy and pleasurable for its users to consume content on its devices. They’re in the midst of a full-on Retina update to everything they sell. It’s time for the next big thing, and that thing could very well be color e-Ink. Other firms have tried this 5, but the bottom line is that current technology just can’t refresh fast enough to be useful. It takes too long to draw the screen, so flipping pages or looking at anything that moves just doesn’t work very well. If Apple solves this problem and makes a 7″ color e-Ink screen technology (I would call it “Perfect Print” or “Print Perfect” or something like that) that allows for page flipping and animation, that would be a game changer.

iPage with Perfect Print would introduce some technical challenges for the user experience. Swiping and scrolling would probably have to be rethought so that they’re more efficient and economical. Unless they’ve made huge strides with refresh rates, we won’t be able to just swipe down and watch our Twitter feed inertially scroll by – e-Ink just couldn’t keep up with that.

To keep costs down, iPage would have to be a feature-poor iPad

My guess is that these Perfect Print displays would be expensive, which means Apple would have to cut some functionality elsewhere to compete at the $199 price point. What they would cut, I don’t know, but I have a few suggestions.

iPage should run a lightweight version of iOS

I don’t think this device would run a full version of iOS, but a slimmed-down version (think Apple TV). Mobile Safari might look more like the “Reader” functionality available now – no video, but a clean way to read and maybe see embedded (static) images. Email should be ok. Newsstand would obviously be a big part of the device.

iPage should offer a $100 option for cellular connectivity

Getting all that stuff from the cloud is obviously easiest using WiFi, but Apple likes to give customers full mobility, so I expect a cellular option for $100. The pricing for this option is tricky, as the iPad cellular option is $130, but I just don’t see how they could offer a $130 add-on for a $199 device.

I don’t understand the need for an iPad Mini, but if they do it, they should call it iPage, start innovating color e-Ink technology, and make it $200 or less.

If Apple could revolutionize e-Ink and make it really sharp, with great color saturation and faster refresh rates, I might just buy one. Otherwise, I’ll probably just stick to my iPad. 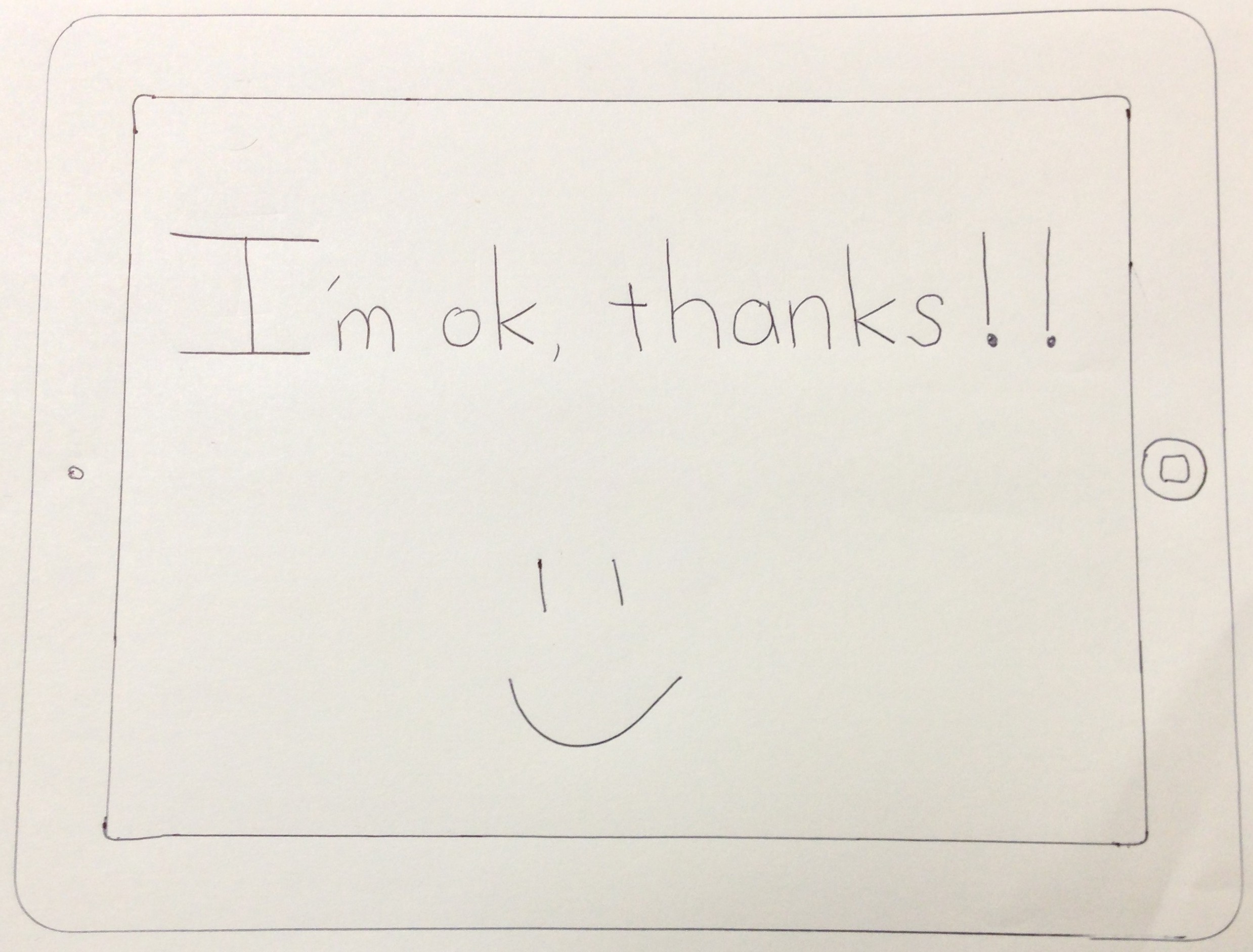 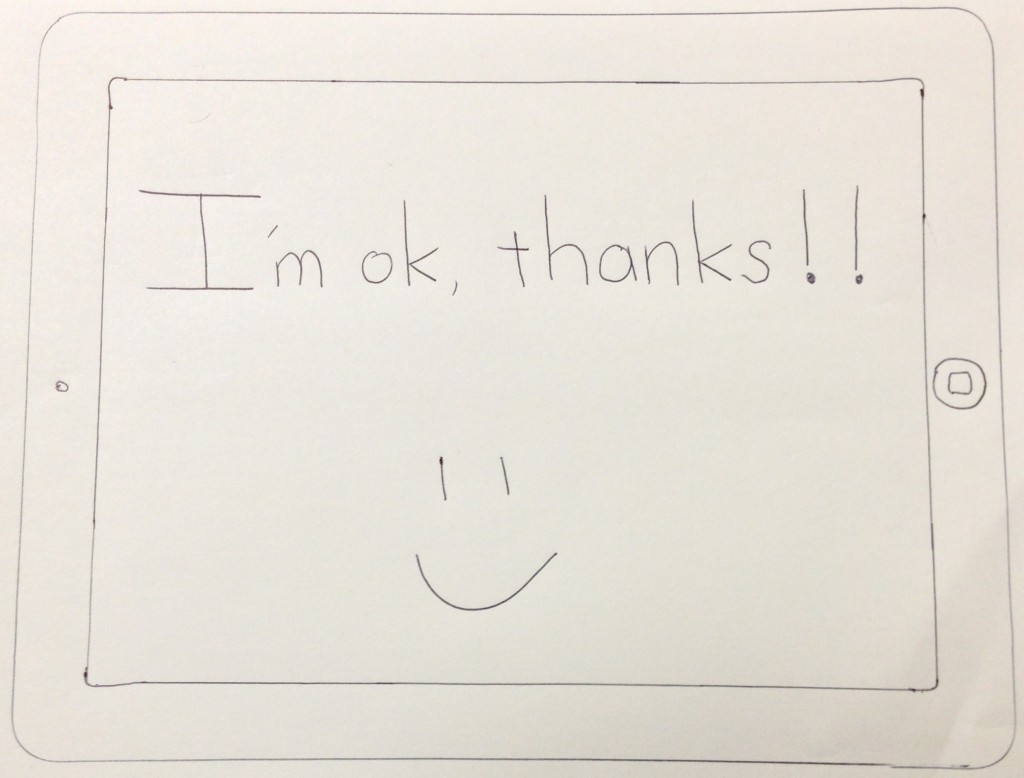