I finally got to go to a basketball game at the Gators’ new Exactech Arena (most of us call it the O’Dome) here in Gainesville. It’s fantastic. The seats are more comfortable, the layout is better (not a bad seat in the house), and the overall experience is better.

But before I can tell you how awesome the renovated arena is, here’s what the old arena looked like: 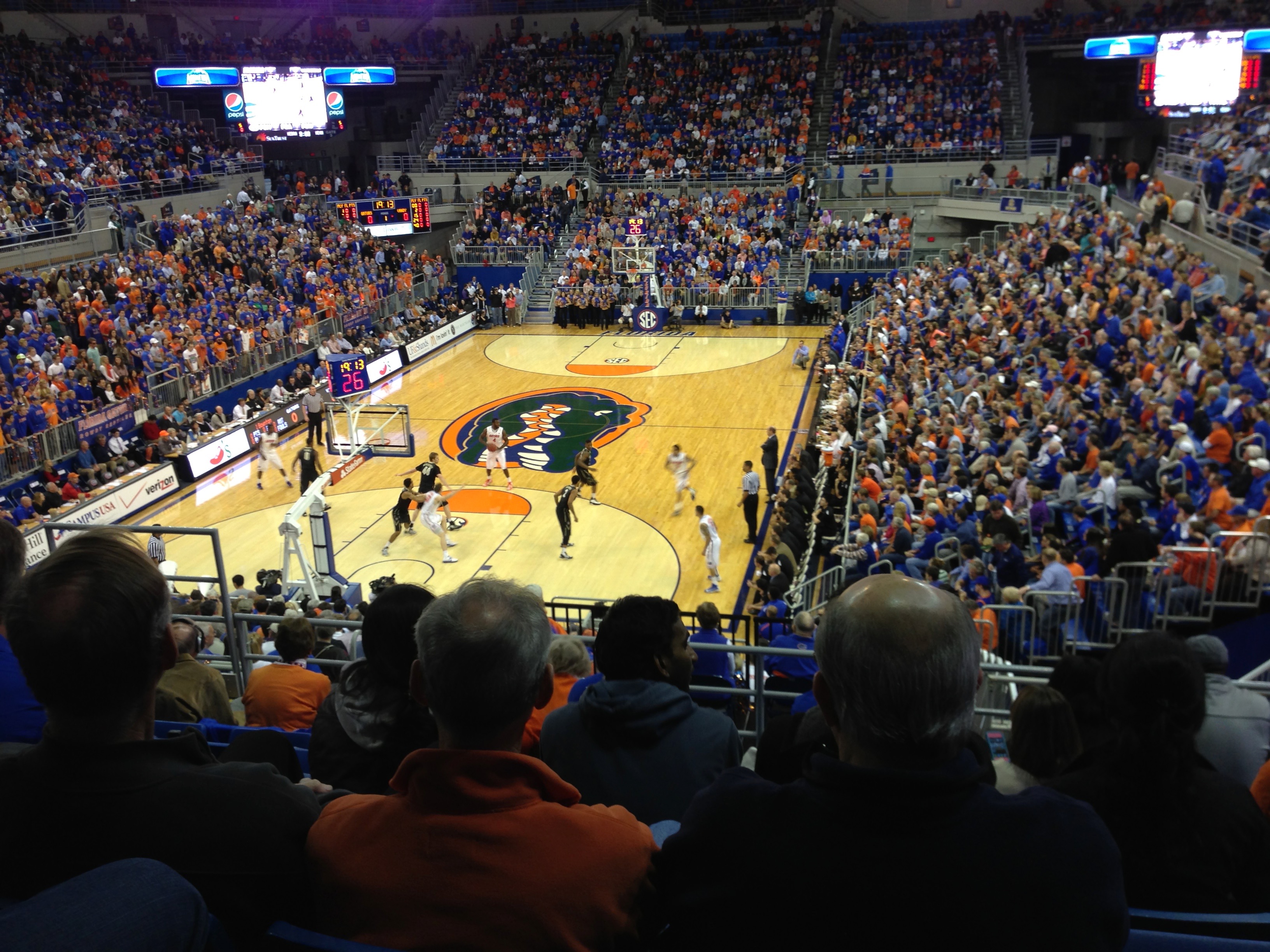 Not bad! I saw a lot of great games there.

Before you read anymore, consider this question: In that picture, what’s the focus? For me, the first thing I see is those bright screens up in the corners. Then I see the game on the court, but even looking at the game, I’m distracted by the floor-level screens with ads on them. And my focus also gets pulled out to all the fans.

Yes, there’s a game going on, but the scoreboards, ads, and other fans are getting much of my attention too.

Here’s my view in the renovated arena the other day: 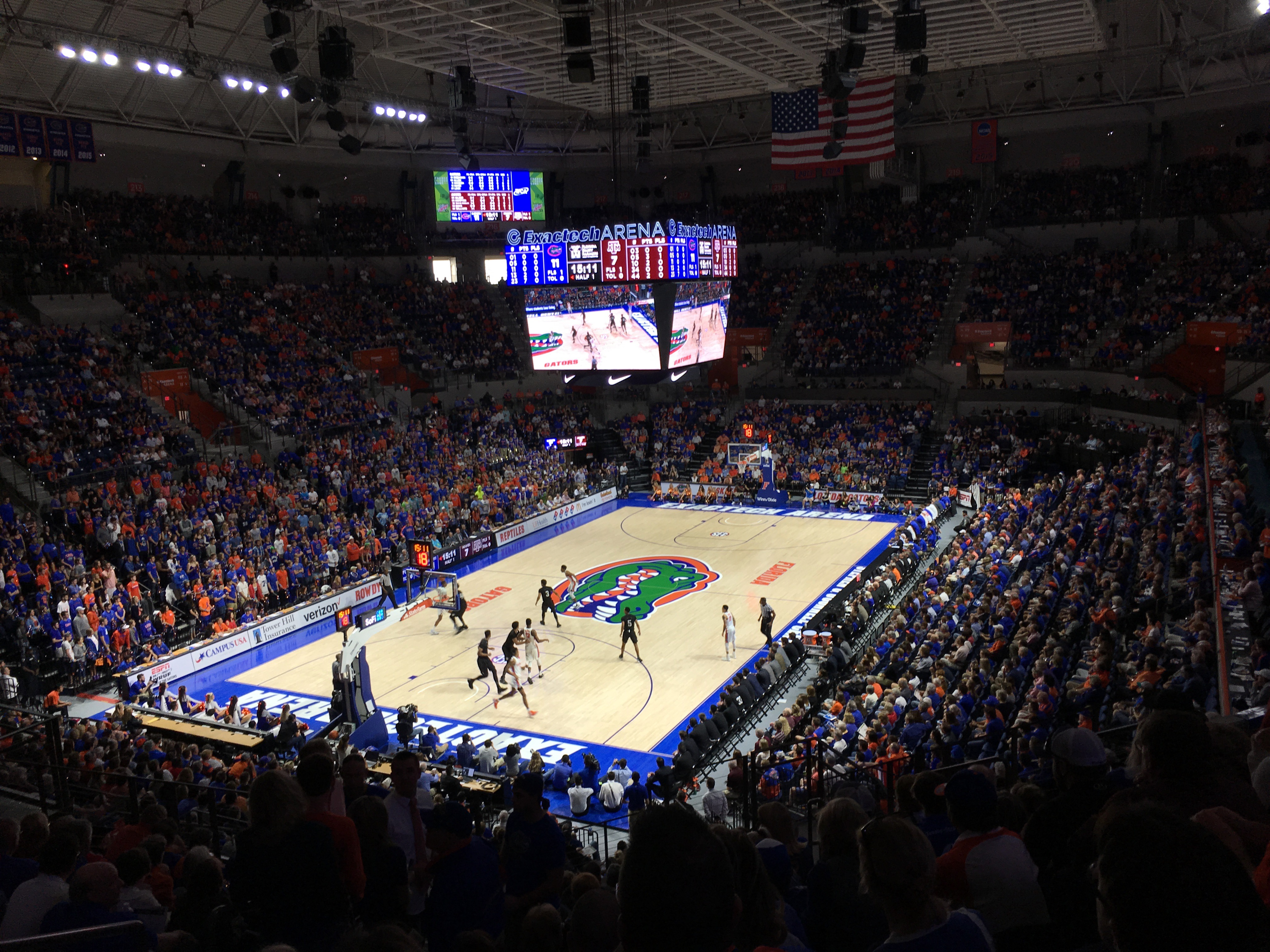 Now consider the same question I asked about the old arena: In that picture, what’s the focus?

There are still bright screens up top, but the other fans are almost invisible—I have to actively look for them. And even though there are bright screens above the game, my focus is constantly pulled toward the game on the court.

This is the same building, same type of event, and I was sitting in the same part of the arena for both pictures. But the new arena is clearly a better experience.

Why is the new O’Dome better than the old one?

I went to a lot of games in the old O’Dome, and they were a lot of fun. But my first experience in the new O’Dome felt special because the new design helps me focus on the things that really matter.

There are two things that really stand out to me about the new design, and I’ve heard lots of other people talking about them as well.

The new experience is so good that I’m telling you about it here, and I’m going to another game tonight.

When you’re moving forward in your career, help the decision makers focus on the few things that really matter. Do the work for them, just like the new O’Dome does for fans: it helps us focus completely on the game because the entire arena is designed for that purpose.

When you’re interviewing, this means learning about the company—their goals and challenges—and describing how you are uniquely qualified to help them address those things. When you’re pursuing a raise or promotion, this means focusing on the specific ways that you’re making the team or company better by either improving the business itself, driving additional revenue, or reducing costs.

Fearless Salary Negotiation is going on sale next week!

My book Fearless Salary Negotiation will show you exactly what to say to help them focus on your best attributes in your interviews and when you ask for your next raise.